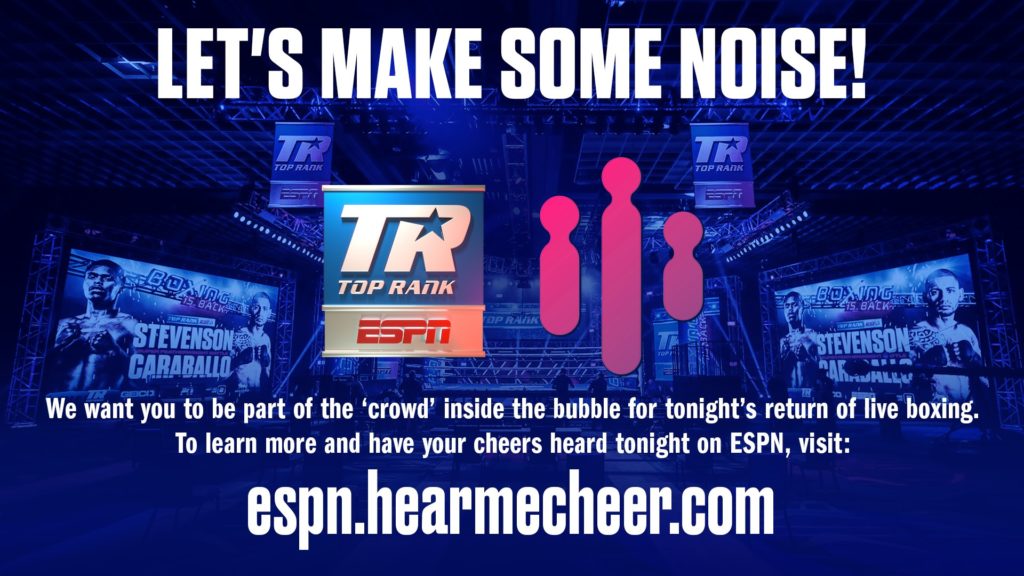 Today, HearMeCheer announced that their agreement has been extended through October.

“Top Rank challenged us to enable fans and viewers to hear and feel as though the arena was full, but at the same time not deliver audio that detracted from the telecast,” said Elias Andersen, the 20-year-old founder and Chief Executive Officer of Toronto-based ChampTrax, and the creative mind behind HearMeCheer.

“They wanted the fans to participate live in the event.  We launched the HearMeCheer app through viewer cellphones, as suggested by the announcers on location in on-air promotions during the broadcast,” Andersen continued. “The result was live audience reactions and sounds captured through HearMeCheer and ‘piped’ into the production at the MGM Grand Conference.”

According to Brad Jacobs, COO of Top Rank, “HearMeCheer delivered authentic, live fan reaction and crowd noise during our events, bringing the fans closer to the matches, almost as if they were in the arena with us. HearMeCheer proved to us it can be done, and our telecasts are greatly enhanced by this new way to engage our fans.”